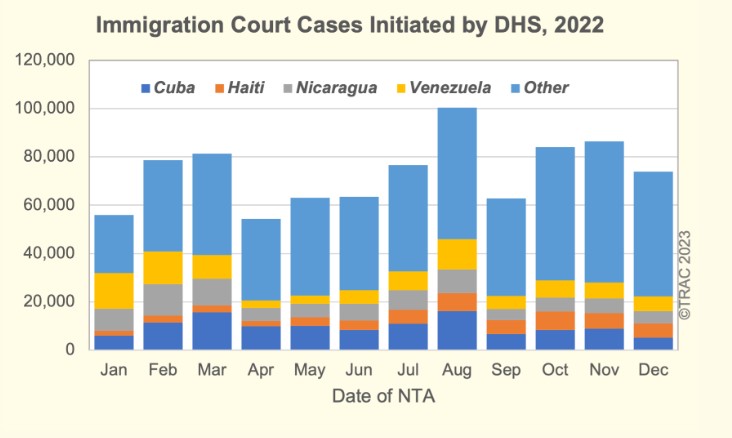 And for the first time ever, the number of pending asylum cases exceeds 800,000, according to the report this week by Transactional Records Access Clearinghouse (TRAC) of Syracuse University.

The report also found that there has been a significant drop in the number of Venezuelans claiming asylum, notably after the Department of Homeland Security in October ordered Venezuelans who cross illegally between ports of entry back to Mexico. Prior to that, Venezuelans had been exempt from Title 42 due to the United States’ lack of diplomatic relations with the Venezuelan government.

But earlier this month, Mexico agreed to accept Haitians, Cubans and Nicaraguans in addition to Venezuelans three months ago.