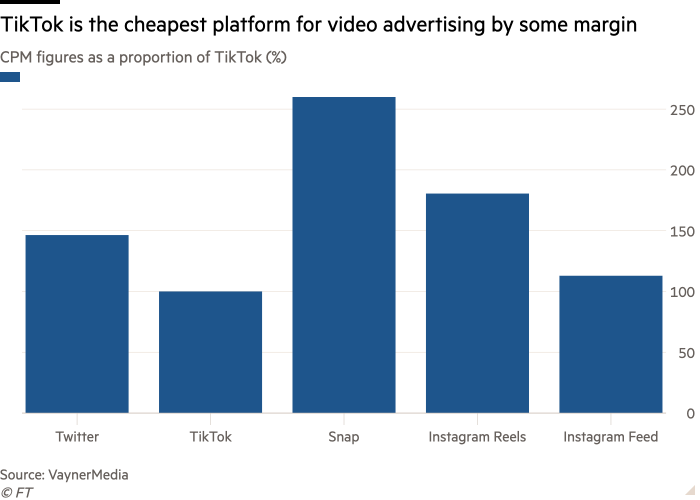 TikTok is offering cheaper advertising rates than rival social media platforms as the fast-growing video app moves to grab a larger share of the digital ads market amid a slowdown in online spending.

Advertisers, industry bodies and brands have told the Financial Times an increasing amount of ad spend has moved from platforms such as Twitter and Meta, which owns Facebook and Instagram, over to TikTok owing to lower costs and better levels of engagement.

TikTok, owned by China’s ByteDance, has shaken up the social media industry in recent years as it has rapidly grown to more than 1bn users worldwide. The short-form video app, which first launched ads in 2019, has also been undercutting rivals at a time when marketing budgets are narrowing.

Figures shared by New York-based media agency VaynerMedia from 2022 show that the cost to obtain 1,000 impressions from video advertising on TikTok is almost half