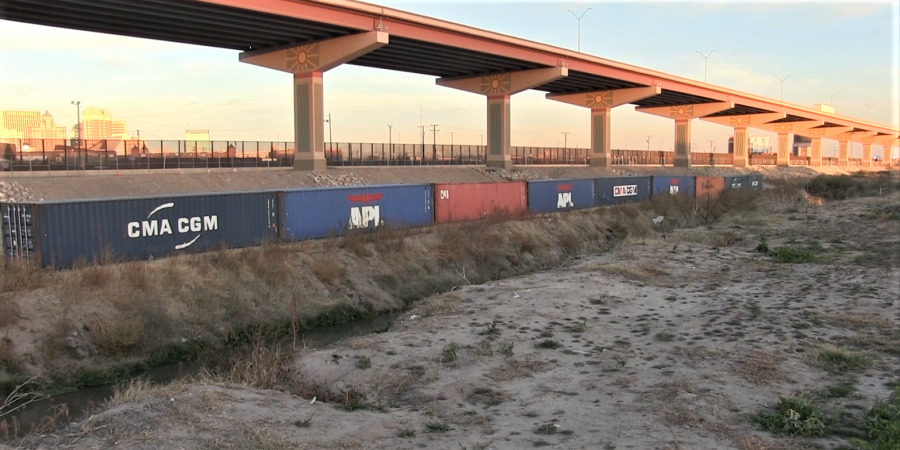 Shipping containers placed on U.S. side of Rio Grande in El Paso

EL PASO, Texas (Border Report) – Migrant crossings have plummeted in a mile-long stretch of Downtown El Paso where the Texas Army National Guard has set up concertina wire and portable fencing along the Rio Grande.

The guard began setting up the barrier last week at a gap in the border wall west of the Paso del Norte port of entry. In the space of eight days, the barbed wire has nearly reached a second port of entry and chain-link fence anchored by sandbags extends even farther. The result is that asylum seekers can no longer walk across ankle-deep water in the Rio Grande and turn themselves in to waiting Border Patrol agents in that area.