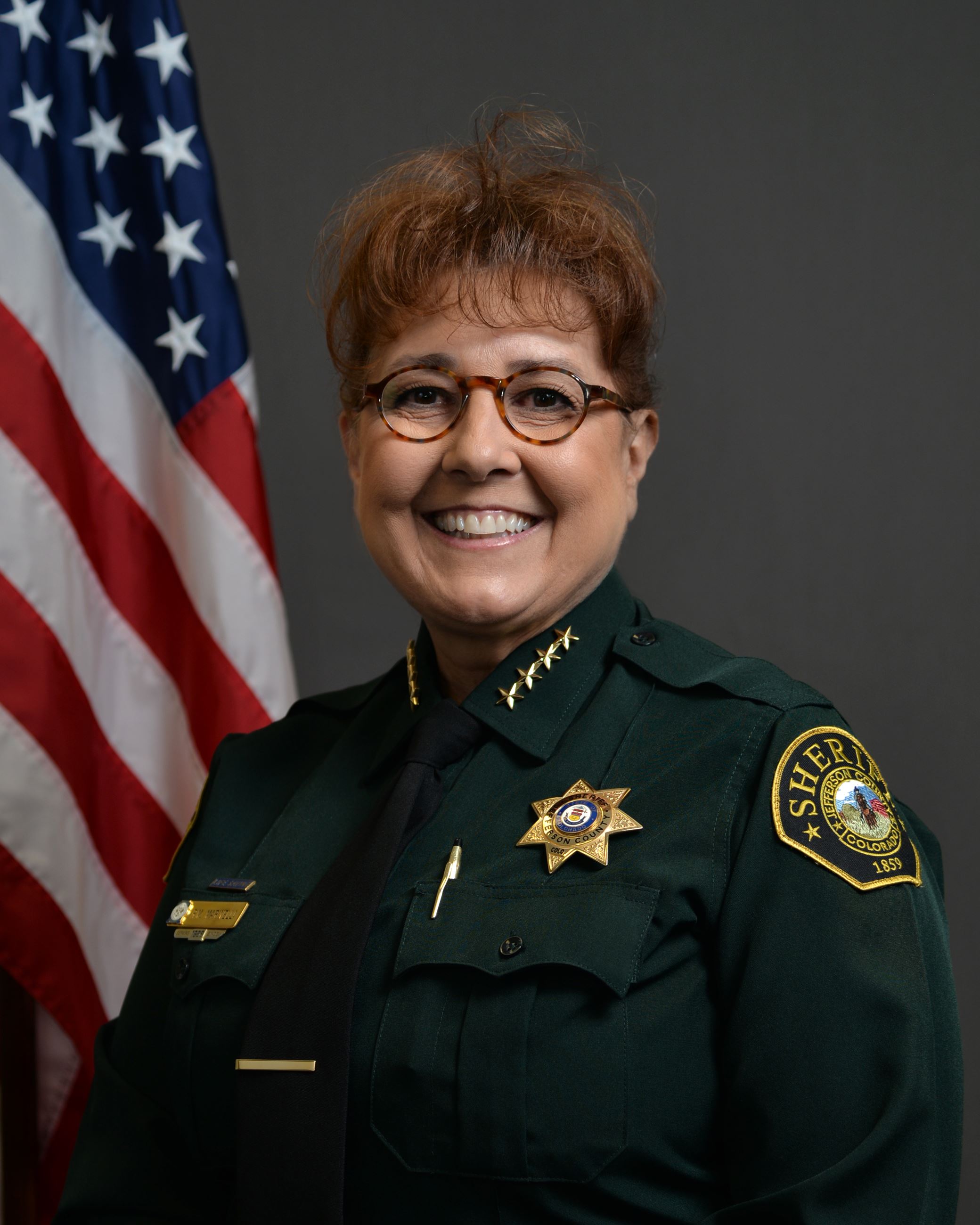 Reggie Marinelli was born and raised in Louisville, CO, where generations of her family landed after her grandfather immigrated to America from Italy and became a coal miner. Her other grandfather served our country as a paratrooper in World War II and then became a US Postal Service employee. Through her heritage and from a young age, Reggie learned respect for the United States and the American flag. She also learned she could accomplish anything she wanted through hard work and commitment.

In eighth grade, after a Boulder County detective fingerprinted her during a middle school class presentation, Reggie decided she wanted to become a sheriff’s deputy. And in 1986, she did just that – became a deputy for the Jefferson County Sheriff’s Office. Over three decades later, Reggie was still serving with the JCSO when she decided she should become the next sheriff of Jefferson County, and on November