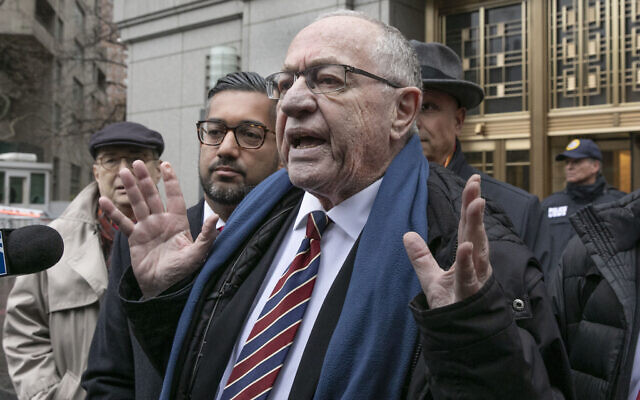 Over 70 prominent law professors at American universities on Monday signed onto a statement urging the Israeli government to rethink its plan to significantly restrict the power of the country’s judiciary.

“Regardless of the disagreement amongst us, we are all deeply worried that the speed and scale of the reforms will seriously weaken the independence of the judiciary, the separation of powers and the rule of law,” reads the statement.

The proposals presented by Justice Minister Yariv Levin earlier this month would severely limit the High Court’s capacity to annul laws and government decisions with an “override clause” enabling the Knesset to re-legislate struck-down laws with a bare majority of 61; give the government complete control over the selection of judges; prevent the court from using a test of “reasonableness” to judge legislation and government decisions; and allow ministers to appoint their own legal advisers, instead of getting counsel from

Sen. Thom Tillis said he thinks “great progress” was made in conversations on immigration reform among Democratic and Republican U.S. senators during their visit to the southwest border Monday and Tuesday.

Asked by The News & Observer for an update on his immigration overhaul effort and what a bill would look like today if it materialized, Tillis said it remained a “framework” without a formal bill on the table.

The North Carolina Republican said the purpose of senators’ trip to El Paso, Texas, and Yuma, Arizona, was to “make sure that we’re on the same page about the problems that need to be addressed.”

He said he thought his Democratic colleagues walked away with a better understanding of the detriments of illegal immigration and asylum abuse and the importance of border security. He did not mention the Deferred Action for Childhood Arrivals (DACA) program, though he has previously spoken about