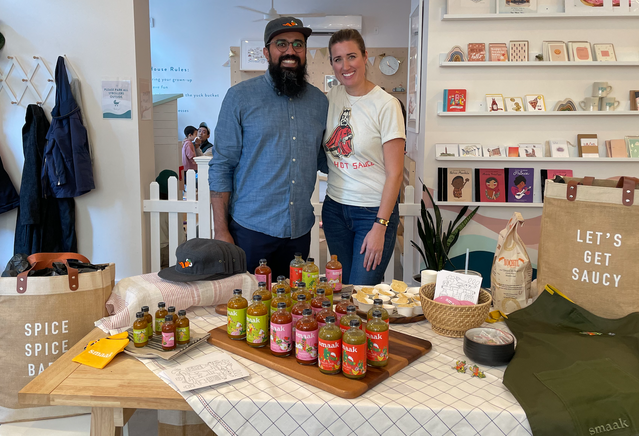 At the height of the Covid pandemic in December 2020, marketing executive Katie Klumper called former colleague Vikram Tank with a request that had nothing to do with her day job: Would he team up with her to start a business selling condiments.

The executives, who met years earlier while working at an advertising agency and had since developed a shared passion for food, settled on hot sauce as a promising way to enter the market. Ms. Klumper and Mr. Tank over the next 18 months developed Smaak, a food startup whose debut line of hot sauces went on sale online and at some U.S. retailers in July.

They also kept their demanding full-time jobs. Ms. Klumper has been CEO of Black Glass, an Interpublic Group of Cos. consulting firm that advises chief marketing officers, since early 2020, and in late 2021 Mr. Tank moved from a product-manager role at

Google to a job at Meta Platforms Inc.’s augmented-reality division.

“The hot sauce will be the beginning, I’m sure, of many things we will do with this brand,” said Ms. Klumper.

Turning side projects into stand-alone businesses or full-time occupations can be difficult or even impossible for chief marketing officers, whose jobs have become increasingly demanding and complex. These entrepreneurs overcame the hurdles. Each said that their experience in marketing helped them identify unmet consumer needs and promote their own endeavors.

Take Joy Howard, who said she knew she would have to eventually leave her job as password-management firm Dashlane Inc.’s CMO to launch sustainable outerwear company Early Majority Inc. “If you are a truly empowered CMO working for a public company [or] a venture-backed company, I can’t imagine starting a business on the side,” said Ms. Howard.

The March 2022 debut of Early Majority’s first collection was the culmination of a yearslong process for Ms. Howard, who came up with the idea while working as vice president of marketing at clothing company Patagonia Inc. in 2014.

But Early Majority’s moment didn’t arrive until Dashlane recruited her to move to Paris as its CMO in 2019, she said.

The pandemic pushed Ms. Howard and co-founder Dmitri Siegel to launch Early Majority with a mission statement calling on consumers to take a break from their hectic lives and spend more time outdoors, she said.

“I loved the idea of Paris, especially as a place that I might someday pluck up the courage to start the company,” said Ms. Howard. After 18 months at Dashlane, Ms. Howard moved into an advisory role in December 2020, incorporated Early Majority in January 2021 and left Dashlane that May, she said.

Dashlane was unaware that Ms. Howard was developing a new company until she announced her resignation, she said.

The pandemic is the common thread in these marketers’ outside pursuits.

was head of marketing at neighborhood-networking platform

in summer 2020 when she and her husband, venture capitalist Andy Lerner, began discussing their frustration with reports that New York City would be permanently hobbled by lockdowns and layoffs.

That conversation led to a series of emails and phone calls with other New York-area executives, and in August 2020 Ms. Banikarim co-founded NYCNext, a nonprofit organization dedicated to supporting the city’s tourism and creative industries.

NYCNext grew from 20 people on an initial brainstorming call to a group of more than 600 volunteers who organized projects promoting New York City, including pop-up performances by top Broadway talent and the short film “New York State of Mind,” which featured stars like late-night TV host Stephen Colbert and players for the New York Yankees.

CMO Today delivers the most important news of the day for media and marketing professionals.

Another marketing executive, Geoff Cottrill, had never been able to work on any side hustles before the pandemic coincided with his June 2020 departure from

, where he had been senior vice president of strategic marketing.

Soon after he left the soft-drink giant, Mr. Cottrill received a call from industry veteran Gary Koepke. Mr. Koepke and Nylon magazine founder Marvin Scott Jarrett had been inspired by the pandemic to make good on their idea for Marvin, a new print publication dedicated to music and pop culture, and they wanted Mr. Cottrill to serve as its chief brand officer.

“My role has been one of thinking about the [Marvin] brand itself and how to work with brands in a meaningful way,” said Mr. Cottrill, who helped develop the new company’s identity and used his industry contacts to sign auto maker

as its first, and so far only, sponsor.

Marvin published its first issue one year after that initial call and right before Mr. Cottrill accepted a new job as driving range operator Topgolf’s CMO.

Mr. Cottrill said he joined with the understanding that he would continue working on Marvin as long as it didn’t interfere with his responsibilities at Topgolf Callaway Brands Corp. Marvin recently published its ninth print issue, and Mr. Cottrill was promoted to chief brand officer at Topgolf.

Working on side projects has helped marketers develop different skill-sets and, in some cases, explore new careers.

The most arduous task for Ms. Banikarim concerned obtaining waivers from powerful actors’ union SAG-AFTRA that would allow union performers to participate in the “New York State of Mind” film, she said. Her effort succeeded only after a Facebook post led a friend to refer her to another contact who relayed the message to the union’s executive committee, which then approved the waivers.

NYCNext continues to organize events, and Ms. Banikarim left her job at Nextdoor in June to more actively pursue advocacy work. She recently began working in an advisory capacity with the nonprofit group Partnership for New York City, whose CEO she met while organizing NYCNext.

“I found community, meaning and joy in doing that work, and I wanted to see where doing it full time versus as a side hustle would lead,” said Ms. Banikarim. 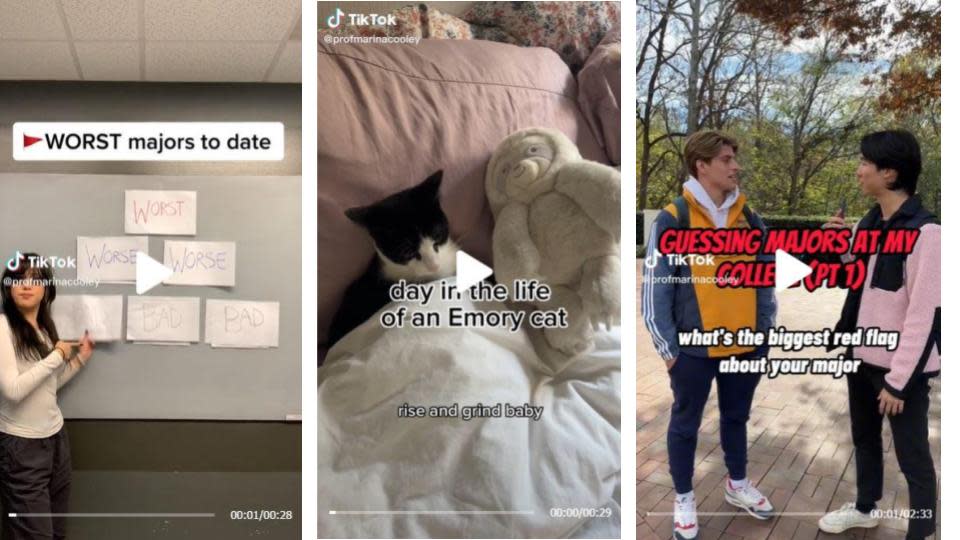 Go Viral, Get An ‘A’: Goizueta Content Marketing Course Puts Gen Z’s TikTok Skills To The Test A collage of…

Legacy automakers are on an EV marketing blitz as competition grows

Want to know what you’re worth? 2023 marketing pay revealed

As the UK grapples with a cost of living crisis, which sectors are offering the highest salaries for marketing talent?…